What priorities will be set by CSR teams and for CSR activities in 2016? The end of one calendar year and the start of a new one represents an opportunity to take stock of the road ahead for CSR. Will we continue to see companies investing in a portfolio of self-contained corporate initiatives, or will there be consolidation and a greater focus upon projects that will achieve a more strategic impact? Will companies continue to act alone, or will more effort be devoted to collaboration, including with public organisations as companies become more engaged with social initiatives?

The forthcoming 10th annual International Conference on Corporate Social Responsibility organised by India’s Institute of Directors is being held in Mumbai. Coming early in the new year, the 2016 event represents a good opportunity for interested parties to review CSR activities and discuss the priorities directors are establishing to address changing external expectations of corporate conduct and pressure from stakeholders for more responsible behaviour. More people appear concerned about quality of life, environmental, sustainability, climate change, the preservation of endangered species and social issues such as diversity and inclusion. How will companies respond?

In competitive markets people have a choice. This year companies that have cheated emissions tests or sourced goods from suppliers that do not observe high health and safety standards have seen sales slump, suffered a falling share price or faced consumer boycotts. Do companies have to show that they care and are responsible in order to continue to operate and avoid challenge, whether this is in the form of criticism in social and other media, customers taking their business elsewhere, legislative action or potential employees preferring more socially responsible companies? If adverse publicity can quickly impact on sales, do businesses need social acceptance to remain viable?

How should CSR activities reflect changing external expectations of corporate conduct and pressure from stakeholders for more responsible behaviour? The theme of the 2016 International Conference on Corporate Social Responsibility is embedding a CSR mandate into corporate strategy. Does this imply that CSR considerations are important for corporate futures and a matter for the board? Does being a responsible business today involve new considerations? Does it incorporate or replace CSR, or learn from it? Are distinct CSR activities a core element of what being a responsible business is about, or might they no longer be needed when a business as a whole is socially responsible?

For a board that endeavours to ensure that corporate activities are both lawful and ethical, but also socially acceptable in today’s business context, what more needs to be done beyond building mutually beneficial relationships with a company’s stakeholders and ensuring they are treated fairly and that offerings represent value for money? How important is it that a business is responsible, seen to be responsible and regarded by others as responsible? Must it visibly demonstrate it cares?

For companies in the UK’s Most Admired Company rankings, being responsible seems associated with success in key areas of corporate performance. It also applies to a wide range of – if not all of – corporate operations, and not just those activities being undertaken under the label of “CSR”. It is not clear how or whether any activities they might undertake as CSR projects contribute to their peers and others viewing them as responsible businesses. Many companies spread their social responsibility effort across a range of activities. Others are more focused and with concentration creating the potential to have greater impact they can be more ambitious.

Whether or not self-contained CSR activities contribute significantly to an assessment that a company is a socially responsible business, the challenge for many owners of CSR budgets is how to get the maximum of leverage from a finite sum. Should one spend an available pot on directly assisting a target group for a defined period of time? Alternatively, would devising a mobile device ap or an on-line service or social network that might reach a larger community for longer be a better alternative? Should supporting the start-up of a social enterprise that might grow and over time respond to an even wider range of evolving needs be the way ahead? Should one act alone or in collaboration with other companies, charities and public bodies? There are choices to be made.

Social impact may be greater if one invests in building capability over time. However, care needs to be taken to ensure that the proportion of available resources committed to longer term projects is not so high that there are insufficient reserves to meet sudden, short-term and emergency or crisis requirements. In relation to the challenges and opportunities they face business and financial investors, CSR and fund managers and various Government agencies have to balance both long-term and short-term considerations when making decisions. Should they also consider what they can do to progress wider social and public aspirations such as for greater inclusion of the excluded?

One group whose plight has been recognised this year by the Law Commission of India faces economic, social and political exclusion, namely the community of people affected by leprosy. In recent years over a half of the world’s newly disclosed cases of leprosy have occurred in India, where those afflicted face legal discrimination and the risk of disability. Every four minutes someone from India gets diagnosed with leprosy. Rejected by their families once their symptoms are visible, or their condition is otherwise revealed, they seek shelter in leper colonies and centres supported by organisations such as The Leprosy Mission and the Order of St Lazarus. Although in practical terms some of the disabilities it causes may be irreversible, leprosy is a curable disease. It can also be rendered non-infectious at an early stage of treatment and could be eliminated. Could CSR budgets be combined to achieve this or used to develop specific applications to help lepers?

India is not alone in its legal discrimination against people affected by leprosy. In Sri Lanka there is still a ‘Leper’s Ordinance’ on the statute books that calls for segregation. In both countries progress needs to be made in the implementation of the UN Principles and Guidelines for the Elimination of Discrimination Against People Affected by Leprosy (EDPAL) and their Family Members. The UN General Assembly has resolved that Governments, UN agencies and relevant public bodies and other actors in society should give them due consideration.

An EDPAL Bill to repeal discriminatory legislation, abolish the term ‘leper’ and enshrine in law the rights of people affected by leprosy went to the Lok Sabha in July 2015, but there are suggestions it may not  be considered until mid-2016 at the earliest. In the meantime organisations genuinely concerned with exclusion could lobby for the speeding up of its progress. Should advocacy be an element of CSR policy? Should a socially responsible company that articulates its principles and values in areas such as inclusion actively campaign to remove barriers that prevent certain groups such as those experiencing disability and/or discrimination from participating in its activities, joining one of its stakeholder groups or becoming fuller participants in wider society?

Is there a role for CSR in developing and testing possible corporate responses to community and/or social issues such as discrimination against people affected by leprosy, just as a new product development unit might pilot or road test a new offering before a decision is taken on whether it should be adopted? If a single large company or group of companies focused their CSR budgets on the elimination of leprosy which is a treatable disease it might be enough to end a traditional scourge of mankind. Should this be a priority and the focus of individual and collective corporate social responsibility action and public and private sector collaboration in 2016?

Over 20 years ago at the beginning of my book Creating Excellence in the Boardroom I speculated  that if a company had a heart and a soul one should look for them in the boardroom. How does a company visibly demonstrate to external stakeholders and wider society that it has a heart? How can it show that it cares and is willing to accept responsibility and behave in a caring and socially responsible way? Greater focus and collaboration can increase impact, as can using contemporary technologies, while the selection of an issue such as the elimination of leprosy could demonstrate focus, commitment and determination, and lead to an achievement of historical significance. The extent to which a company engages with such social issues and collaborates with others in their solution and responds in ways that are creative, imaginative, innovatory and inspirational could be indicators of whether it takes its responsibilities seriously and is deserving of trust and support.

Further Information :
Details of the forthcoming 10th International Conference on Corporate Social Responsibility can be obtained from India’s Institute of Directors (http://www.iodonline.com/corporate-social-responsbility-2016.html).

Prof. Colin Coulson-Thomas, an experienced board and audit committee chair and vision holder of successful transformation programmes, holds board and academic appointments. He has helped business leaders in over 40 countries to improve director, board and corporate performance. Author of over 60 books and reports he has held professorial appointments in Europe, North and South America, the Middle East, India and China. A fellow of seven chartered bodies he was educated at the LSE, London Business School, UNISA, USC and the Universities of Aston and Chicago. 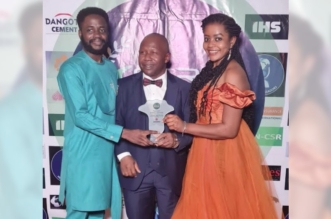