Set in 19th century India, “The Curse of Damini” explores some of today’s most topical issues, namely violence and discrimination against women, through the experiences of Renuka Pal, a young woman who embarks on a journey of self-discovery and empowerment. Readers will follow Renuka in her transformation from a rash teenage freedom fighter to a celebrated writer of the 21st century.

An excerpt from the novel reads :
“Who created this ritual?’ she screamed in anger, her voice reaching the sky and echoing around. ‘Who created this tradition where a man must marry on the seventh day after his wife dies but a wife must shave her head wearing only whites for the rest of her life if she loses her husband? Who created this rule? And why has no one opposed this ever? Answer me. When the Almighty does not discriminate between man and woman when allocating light, air, water, and all natural resources, who are you to do so?”

The novel so far has been critically appreciated equally by critics as well as readers from India and abroad. Portland Book Review, USA & BookGeeks have rated this novel 3.5* out of 5*
Beginning in 1945, The Curse of Damini could easily be believed to be the biography of an inspiring woman living, nay thriving, through personal tragedy, social upheaval, and deadly religious conflict.Portland Book Review, USA
Mohanty’s debut novel tells the life story of a female born in India during the British occupation, following her to modern times while chronicling her struggles against male-dominated Indian culture…. The author knows Indian customs and traditions and writes with authority about both.Kirkus Reviews, USA
There are many things to look for in the book… Almost all characters are very well developed and well placed. The suspense and mystery created in the start runs well up to mid book…The book starts with a bang.Metro India
I bless Debajani on her maiden venture. This young lady today has opened eyes of many. She has the compassion as well as the fire of a worthy writer. Through her work she has dreamed of a better and safer world for all females. Through her work she has challenged Almighty God himself and his creation.Padmashri & Gyanapitha awardee Dr Pratibha Ray
The effort put into research is commendable and the conceptualization of the story is interesting.The Good Book Corner

About the Author :
Debajani Mohanty is an engineering graduate and senior I.T. professional with a career of nearly one and half decades. Her interests include music, history, culture and literature. Her debut novel is a tribute to the Delhi gang-rape victim “Nirbhaya”. 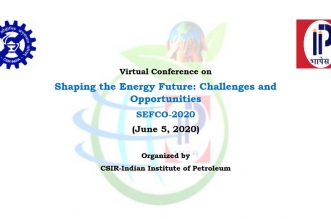