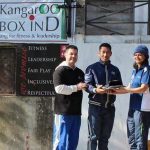 Dr Paul Perkins, PhD is a former National and Australian Institute of Sport Boxing Coach who is passionate about using sport as a vehicle for positive growth and development of young people. In Candid Chat with Sukrit Jaggi, Sports Enthusiast & Intern with CompanyCSR, Dr Paul spoke about “Mod Box” project, which is going on in Uttarakhand/India . Dr Paul is inviting Indian Corporate to come forward to support this Sport skilling projects through their CSR funds to scale-up in other Indian States.

Q: Please share concept of Modified Boxing Program with our readers and  your role to make it successful?

ModBox – short for modified boxing – is a sport for development initiative that uses a modified, low-risk form of boxing as a vehicle to assist with the positive growth and development of participants and to encourage community engagement.

Q: How it was conceived & started and role of your partners in executing & scaling this unique project?

It was developed over a 5-year period and emerged from an extensive research project where members of the project team worked in direct collaboration with program participants to create the concept, rules and training content. In 2017, I was the lead for a project that introduced ModBox to Uttarakhand as part of a sport diplomacy project funded by the Australian Department of Foreign Affairs and Trade (DFAT). I developed a course for training of ModBox Community Coaches and had it accredited through the Australian Sports Commission. I also prepared the supporting course materials and learning resources, and then travelled to India and delivered the course to 33 Indian trainees (including 17 females) over a 6-day intensive period. I remained in India for seven weeks to provide ongoing support to the coaches and to directly assist in the early stages of program implementation. Within less than six months, the program was running in 10 schools and a substance abuse rehabilitation centre, enabling over 300 young people from some of the most disadvantaged sectors of the Indian population to become regular ModBox participants. Feedback was highly positive and included reports that some young people who had not been attending school returned simply to be part of the ModBox community. The program was initially funded for one year, but due to its early success DFAT provided a supplementary grant that enabled continuation through to the end of September 2018. By then, a total of 16 schools had been reached by the program. Even following exhaustion of the funding, one ModBox program has continued and is currently being run out of the Moravian Institute in Dehradun.Program implementation and management was overseen by SEDA India and Tanjun Associate LLP, who did a fantastic job of overseeing the project.

Q: What all efforts have been done to increase education & awareness of ModBox in India ?

There has extensive media coverage of ModBox both here and in India and it has been a feature program on the International Platform of Sport for Development. We have a significant social media presence and our story is starting to get out there.

Q: Which are your target age group, regions and why, any specific reason?

Our initial focus was on Uttarakhand mostly because our Indian partners operated out of this area. However, future programs could be effectively and efficiently implemented in any part of India.

Q: Is this gender sensitive project and how women are being benefited by ModBox?

One of our key values is inclusiveness, so we try to provide a place of belonging for everyone regardless of age, gender, cultural background or level of functionality. I think important topics such as gender equality could be better addressed by having mixed participation, rather than female only programs as this provides opportunities for greater learning when done right.

Q: What special equipment is needed for this sport?

Another one of our key values is participant safety and our research and development team at the University of Canberra have been extremely busy developing specially designed impact-damping boxing gloves that have been shown to significantly reduce peak-force impacts. One of the great outcomes from the DFAT funded project and something that we’re extremely proud of was the manufacturing of prototypes in India through Paramount Enterprises, a local Dehradun based company.

Q: What were the kind of problems are you facing in running  & executing this project?

The Indian program opened up new opportunities for development of community level coaches and encouraged participants to extend their career and other aspirations by actively promoting the importance of education and community. An excellent foundation now exists for further program expansion and development not only in India but also in Australia and other parts of the world.To achieve this goal we would require support and funding.

Q: You know Sports is part of CSR framework under New Company Act. So how CSR (Corporate Social Responsibility) funds can help you to scale-up this   interesting project in India?

I think there is enormous potential for CSR to support the role out of ModBox throughout India as part of the sports MOU signed by the Australian and Indian Governments, which includes ‘grass roots’ development of the Indian sport system.

Q: What are your expectations from the government and corporate sectors?

I believe strongly that true collaboration is an extraordinarily powerful vehicle for innovation and attainment of successful outcomes, and think it would be great if we were able to work with Governments and the corporate sector to help achieve our vision.

Q: What is your future roadmap for ModBox?

Recently, in Australia a community-based organisation called the Police Community Youth Club initiated a process aimed at eventually establishing a ModBox program at each of its 64 centres. As part of this process, more than 150 Police Officers have undergone training to become ModBox Community Coaches, and arrangements have been made for still more to do so. In addition, the Northern Territory Institute of Sport has expressed interest in running ModBox programs in remote indigenous communities and has suggested that these programs should conform closely to the model that has been pursued in India.If possible, I would like to collaborate with an organisation such as CSR to build on this great and coordinate the implementation of additional ModBox programs across all of India, and to help with the building of a world-class sporting ecosystem. 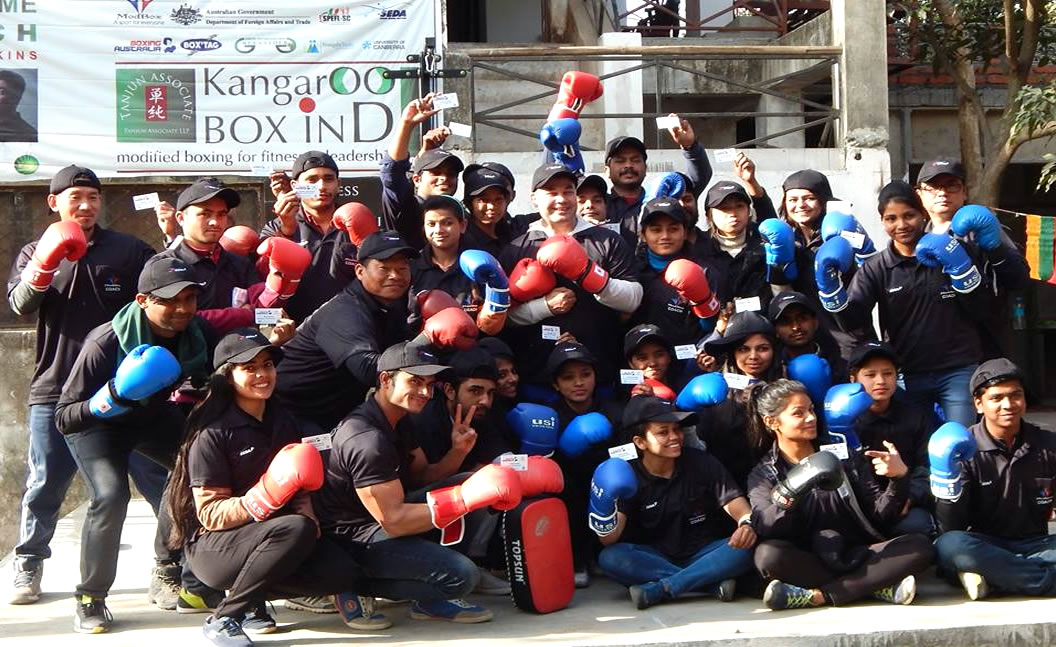 Priyadarshini Nigam has been on Newgen Board since 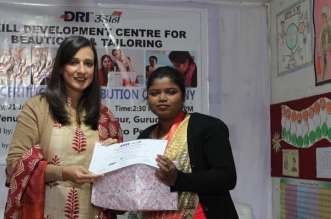