With the Goods and Services Tax (GST) completing its first month of operations, today’s RBI bi-monthly policy review offered a huge sigh relief as the apex bank cut down the Repo rate by 25 basis points, bringing it down to 6 percent from 6.25 percent previously. Riding high on the decreased inflation for the last couple of quarters, a rate cut was pretty much on the cards today. This review by RBI was the third for this financial year 2017-18 and fourth for the running calendar year.

After today’s monetary review, Repo rate drops to 6 percent, Reverse Repo rate reduced to 5.75 percent from 6 percent, Marginal Standing Facility (MSF) adjusted at 6.25 percent, Cash Reserve Ratio (CRR) remains unchanged at 4 percent and Statutory Liquidity Ratio at 20 percent respectively. Real estate sector in particular was in dire need of a rate cut as the buyers are waiting for the home loan rates to come down further and developers are gearing up to offer the benefit of the input tax credit to them. The overall prices or the impact of the cost on the buyers is projected to come down because of GST, and interest rates are expected to be dropped by the banks, the combined effect of which will be fruitful for the sector. With the festive season fast approaching in a month’s time, today’s rate cut will allow the banks to pass on the benefit to the customers soon which will result in greater footfall in the months to come. 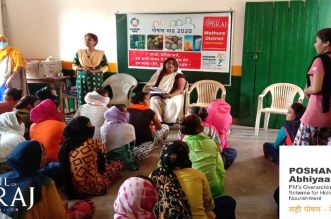