The world’s first-ever and largest solar park when attaining full potential, was launched its first phase by Chief Minister Mr. Siddaramaiah on March 1st, 2018 in Pavagada, Karnataka. The solar park, named as ‘Shakti Sthala‘ is spread over a total area of 13,000 acres (53 km2) and is set up at an investment of Rs 16,500 crore.

This mega project of 2000MW capacity has been set up using the barren lands of the farmers which has been obtained on lease from the farmers without a single inch of land being acquired.

Pavagada was chosen as the site for the project due to several reasons. Apart from high solar radiation and availability of land, the region receives very little rainfall. The region is also scarcely populated and most of its residents are poor farmers.

The Chief Minister Mr. Siddaramaiah said, “Karnataka has emerged as the third largest producer of renewable energy in the nation and was taking ‘bold strides’ towards emerging as an energy surplus state.” In March 2017, Mr. D.K. Shivakumar, Minister of Energy, told the Bangalore Mirror that the government was looking to generate wind energy by setting up windmills in Pavagada. Preliminary estimates from the KREDL indicate a potential wind power generation of 250-300 MW. 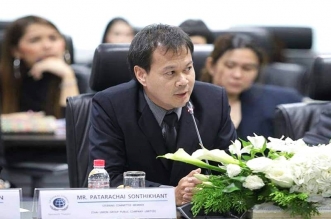