In a much anticipated and steadied move, the RBI kept rates unchanged today in its last bi-monthly policy review for the calendar year. The key rate (Repo Rate) remains at 6.75 percent, Reverse Repo Rate at 5.75 percent, Cash Reserve Ratio (CRR) at 4 percent and Statutory Liquidity Ratio (SLR) at 21.5 percent respectively. Since its first policy review for this year back in January, the apex bank had reduced the key rate by 125 basis points or 1.25 percent allowing a significant room for the banks to reduce lending rates for the buyers.

“RBI’s rate reduction by 50 basis points in its previous policy review in September coupled with early signs of economic recovery and inflation following a well-directed downward trajectory, this is a much balanced and expected review decision. This recovery path, if gets followed, we might witness a rate cut in the next policy review”, states Mr. Deepak Kapoor, President CREDAI-Western U.P. & Director, Gulshan Homz.

Mr. Vikas Bhasin, MD, Saya Group avers “With the seventh pay commission’s plan of 23.55 percent hike in salaries making rounds, it was extremely crucial on RBI’s behalf to come out with a no-change review keeping in mind its anxieties on the inflation rate in future. Accordingly, RBI might have to follow a suitable budgetary tightening approach to reduce its impact on the economy”.

“This calendar year itself, RBI had reduced the repo rate by 125 basis points, the benefit of which had not been duly forwarded by banks to customers. As much as only 50 percent of the 125 reduced basis pointshave been absorbed by the banks, still leaving a huge scope of reducing their lending rates for the customers. Thus, this time RBI’s firm move was quite predictable with still chances of rate cut in the next review if things follow a growth pattern”, explains Mr. Rupesh Gupta, Director, JM Housing.

Mr. Kushagr Ansal, Director, Ansal Housing says “The apex bank has used a steady approach this time looking at how inflation has been performing. The inflation rate has been constantly looking at a downward course and pretty much enroute to attain the 6 percent targeted number by next month. Hence, next policy review might present the country with good news if inflation and fiscal deficit are kept under check”.

“The surprise rate cut by RBI of 0.5 percent back in September was making this review’s decision quite clear to keep the rates unchanged and monitor current inflationary and fiscal developments. The banks are still to pass on these benefits to the customers in comparison to repo rate reductions by RBI till date, thereby giving the RBI reasons to hold back. If the commodity prices, including food and oil are kept under leash, rate reduction in next policy review is sure to follow”, elucidates Mr. Mukesh Khurana, MD, Rudra Build well.

Mr. Sushant Muttreja, CMD, Cosmic Group concludes “No change in repo rate was very much on the cards considering the big surprise last time. Cash reserve ratio could have been reduced a bit to allow banks to increase their liquidity and pass on the benefits of earlier reduced repo rates. Although, with inflation rate maintaining a decent fall on the graph, it will be important for RBI to monitor the activities and leave scope for future rate cuts open that will lead to a positive impact on the economy and realty sector”. 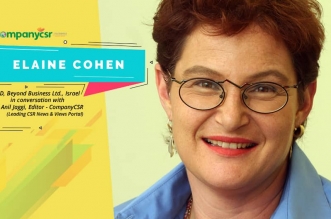