I take the privilege of introducing our movement “Win Over Cancer”a registered 80G approved trust working for the cause of cancer impacted families since last seven years now.

Win Over Cancer was conceptualized in 2011.”Our programs are based on our experience with cancer”. We believe that cancer as a disease impacts the entire family. Therefore, any support program for cancer must be designed keeping patient’s family perspective in mind.

My journey with cancer started in  2011 when I was accidentally discovered hosting “Chronic LymphoticLeukemia” a slow growing but difficult to treat blood cancer. This was going to change my life forever.I was told that being a slow growing disease, treatment will be started only when the disease has reached stage 4. Till then, I was put under “wait and watch” with periodic blood tests and monitoring. It was like a time bomb ticking in my body which I knew would explode one day…but I could not do anything but to wait for it to explode!

The good thing was that it gave me time to understand the disease, life during and after treatment. I joined various cancer forums and interacted with uncountable fighters and survivors. I realized that most of them had common issues and many of these had a solution. The mental state of these people prevented them from identifying the solution! I started counselling people and writing blogs by creating a website… Win Over Cancer was born!

One of the bigger aftermaths of cancer is the financial instability it creates for the patient’s family. More than 75% patients I spoke told me that they lost their earning capacity during treatment and more than 80% could not restore the same within one year of completing the treatment. Medical security was absent or insufficient. They had exhausted their savings and assets during this period and now they were glaring at a highly uncertain and financially stressful life! I could visualize myself getting into the same situation a decided to work on a solution…

During the next 3 years, we worked on several versions of a program to support these people but could not succeed. We were missing something and could not figure out what it was….till the time in October 2015, doctors told me that I have reached stage 4 and treatment will have to be started soon. I informed my employers and as expected, they did not spend much time in handing me over a pink slip! Like most of the patients, we, as family, were left to brave this battle alone…with no earning source, two young school going daughters, wife, who had been a home maker all throughout and retired dependent parents! The battle had to go on…

The worst was still to come! After the first cycle of chemo in January 2016, my condition worsened. Investigation revealed that I had undergone a rare complication called “Richter’s Transformation”. Now my body had two cancers, CLL with a very aggressive and complicated friend DLBCL.

I knew that average survival of a patient with Richter’s is less than a year.My Doctor who was a close family friend, told me they have some new treatment available which is expensive. The cost of treatment will go up by 5 times. So now I have to be ready with Rs 50 lac in next three months. The treatment was going to be tough. I will be spending next three months in hospital. I may not be able to work for next 12 months. They gave me 10% chance of completing the treatment and 30% chance of survival upto 5 years…. if I manage to complete the treatment! With no cash in hand, the question I asked my wife that night was whether we should go for treatment or preserve the left over money for her and my children… It was a dark night for us!

By morning, we knew that we did not had an option but to be positive! I didn’t have money and we decided, if needed we will borrow…but we will fight it out.It was my turn to counsel my doctor.

Nest morning, I told my doctor…

“If I am lucky to have undergone a complication(Richters) which happens in 5% cases, then there is no reason thatI should be lucky to be in those 10% who manage to complete the treatment. If I am in those 10%, I would have 100% chance of getting through!…. I am thankful to you for giving me a 30% chance of living upto 5 years when you can not guarantee your survival for the next moment of time…death can not approach me till I am alive. So, I am not afraid of it!”

I was put on treatment straight away!

As promised by the doctors, next three months of life were very painful. But I firmly believed “Pain is inevitable, but suffering is optional”.I had decided that I am not going to suffer from this pain but will learn from this pain. It helped me understand why my programs had failed in the past.

My Doctor helped us a lot in our attempt to reduce the treatment cost (we actually managed to reduce it by 40%!). We decided to share the learnings with other patients and launched our program for “Helping patients reduce cost of treatment” from the hospital.

Tests were very expensive. We approached several laboratories to negotiate bulk rates. In April 2016, while in hospital, we signed up a MOU with Onquest laboratories to provide discount on pathology tests to patients being referred by us. We were attendingatleast 6-7 counselling calls every day in the hospital!

In May 2016 we read through an article on the menace of mouth cancer among labour in Industrial areas. The intensity of the disease stated in the article seemed alarming and was difficult to believe. We wanted to test the field. We got a request from Mayapuri Industrial area in Delhi for organizing a cancer detection camp and grabbed the opportunity. While I was hospitalized for some complications, my wife and daughter organized our first health check-up camp where 43 suspect cases of mouth cancer were identified in one single day. We never looked back from there!

My treatment was over in June 2016. The body was very fragile,and doctors were not ready to commit any time period for my survival. I was on a maintenance therapy costing Rs 1.4 lac a month and I had funds to support the treatment for next four months only. But life was to go on….GST was launched and I joined a close professional friend as partner for GST practice. I used to walk with support and started by working 2 hours in a day. By the grace of God I had started working and earning within one month of completing the treatment…!

In July 2016, egged by my doctor, my wife started working on a low-cost breast prosthesis. We learnt that wearing a breast prosthesis is a must for every patient undergoing mastectomy. Out of 1 lac mastectomies in India every year, only 15% wear a silicon prosthesis. Many use foam or fabric prosthesis which is medically far more hazardous. The reason for low usage was high cost of silicon prosthesis. After a comprehensive research and trials for five months, in November 2016, Kavita came up with a version of a breast prosthesis which pleased my doctor. It cost us just 10% of the price of silicon prosthesis to make it! The next challenge was to get it approved from the largest and most respected medical institution of India. We then mustered courage and approached AIIMS. After several rounds of screening, finally in December 2016, AIIMS approved the product for use by their patients! We started a weekly OPD for free distribution of prosthetic bra to breast cancer survivor ladies in December 2016!

By February 2017, I had recovered to a large extent. However,due to the cost of ongoing maintenance therapy, I was literally broke. I decided to resume my work on the Financial Rehabilitation program. We knew that in most cases a patient will not be able to work. The family needed support. Therefore, we decided to work on putting their family members to work! We identified two challenges:

India is a large country with great geographical, socio-economic and cultural diversities. To be successful, we had to create a system of skilling these people. Skilling needed to be done near their domicile. We needed programs which could match with respective educational, cultural backgrounds. It was not going to be easy! But it was not impossible either.

I started searching for the largest players in skill development sector and came across NSDC. They had a network of more than 15,000 centres offering more than 50 courses. I approached NSDC through a close friend working as a senior executive with them and launched the skilling initiative under their supervision. Later we tied up with Tally Education and a few State skill development centres as well. Today we have an associate network of 16,700 skill development centres covering almost every district of the country. We provide scholarship support to beneficiaries for the cost of such training, Last year we launched India’s only job portal for cancer survivors.

The journey continues… I had a relapse last year confirmed a day after Diwali. I am still undergoing maintenance chemo once in two months. My doctors call my condition a “Miracle of God” and often tell me that probably I am the longest surviving Richter’s patient in the world who has not undergone BMT. I always believe that there is only one constant in life that is death! It is not going to come till I am alive…so no need to be afraid of dying…continue enjoying your life!

We are providing pre-treatment, treatment and post treatment support to these families. Below is a summary of our credentials: 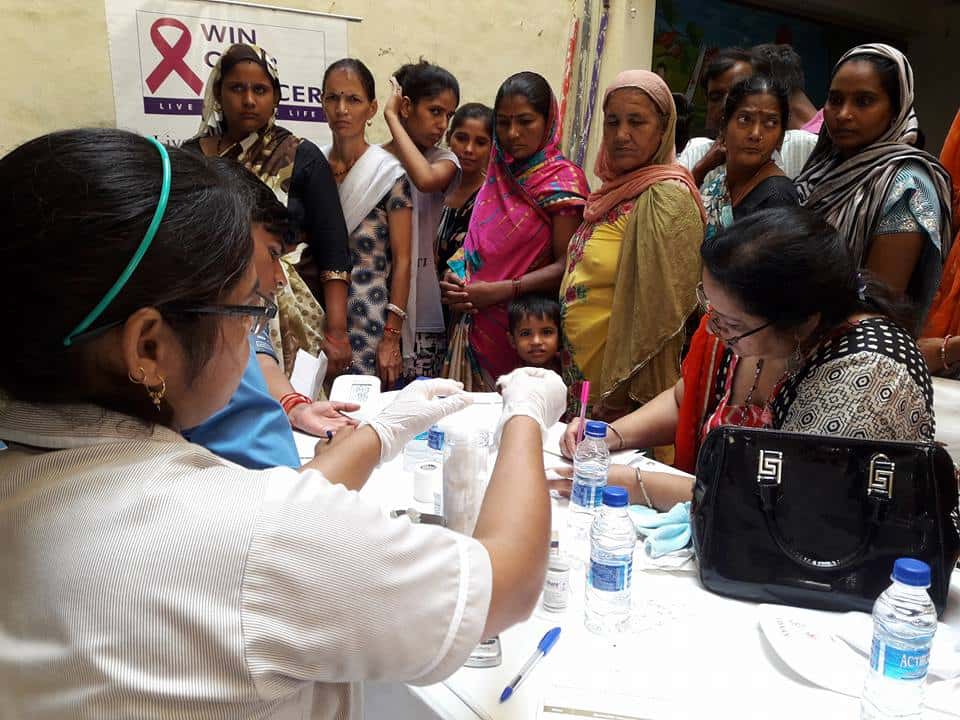 For more details about our programs, please visit our website  https://www.winovercancer.net

You can also download our corporate brochure at https://www.winovercancer.net/wp-content/uploads/2018/07/WoC-June-142018.pdf

Let us live life, love life … Cancer is a beautiful buddy and it has learnt to live with me and so have I . I am thankful to cancer which has given me this new perspective for life.

Please do join us in this movement. We have to fight the stigma against cancer. Every year 15 lac people are diagnosed with cancer in India alone. More than 6.5 lac families are being pushed to poverty life due to cancer every year. They need our help. We need your help to help them out! 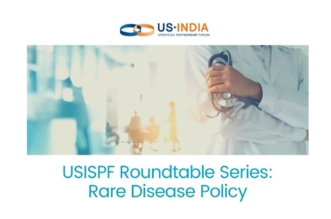