New research and project results from the Rajasthan Nutrition Project show dramatic improvement in the food security, nutrition, and health practices of women, girls and infants. In just two years time, the percentage of female heads of households reporting that they are food secure increased from 21 to 53 percent, with similar increases for their children.

The program, designed by Grameen Foundation and Freedom from Hunger India Trust (FFHIT) reached 30,000 people, the vast majority in vulnerable tribal communities. A second program in West Bengal and Jharkhand has reached 178,000 women, greatly improving their knowledge of the causes of anemia and preventative action.

“These results offer hope for Indian women, more than half of whom suffer from anemia, which can be devastating for mothers and their babies,” said Mr. A.R. Nanda, Board Chair of FFHIT. “Simple solutions such as nutrient supplements often fall short. But we have found a cost-effective, holistic approach to solving India’s crisis of rural malnutrition.”

Anemia is a leading cause of maternal deaths in India. It raises the risk of premature and low-birth-weight babies, and of neonatal death. In adults, it causes fatigue, lowered productivity, and confusion. In young children, anemia and other forms of malnutrition can irreversibly damage physical growth and brain function. In India, half of children under three are either stunted or underweight due to malnutrition, and 79 percent are anemic.

“We concluded that any efforts designed to improve food security and nutrition had to aim to improve women’s autonomy and decision-making within the household,” explains Kathleen Stack, Executive Vice President of Grameen Foundation. “To do so, we built on the strength of women’s self-help groups, millions of which exist across the country.”

Noting that the government should replicate the success, Dr. Arun Panda, Mission Director, National Health Mission, said, “We need to learn from the community… simple and cost-effective solutions can easily be understood, adopted and sustained.”

“Women gained more decision-making power within the home, and more freedom of movement outside the home,” said Saraswathi Rao, CEO of FFHIT. “And with this, they began to change the crops they grew, what they ate and fed their children, how they treated common childhood illnesses like diarrhea, and when and where they sought health care.”

To evaluate the program’s impact, researchers conducted in-depth interviews with 400 program participants at the beginning and at the end of the project. Among the findings:

Meanwhile, the Maa aur Shishu Swasthya (Mother and Child Health) Program tackled anemia in West Bengal and Jharkhand, where rates have remained unchanged for the past ten years. Grameen Foundation, Freedom from Hunger India Trust, and RESULTS Educational Fund brought together two microfinance institutions, Aikyatan Development Society (ADS) and Bandhan to reach 178,000 women. The program delivered anemia education along with financial services to microfinance clients and women’s self-help groups. A study following the training showed that consumption of foods high in iron and in vitamin C (to aid iron absorption) improved by up to 35 percentage points.

In order to bridge the gap between Govt. 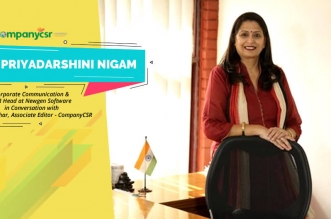