Years 2005-08 witnessed NCR realty sector’s best times, where capital appreciation and demand were few of the parameters that judged its positive performance. During those very years, several regions in the NCR came up and promised long term growth and success. Although, by the end of 2008, global recession had adversely impacted economies, industries and sectors; where realty sector was no exception. Emerging regions of those days could only catch the limelight for a very short time and later, negative sentiments and monetary insecurity made the investors run away from those markets. Yamuna Expressway’s case study is a strong example where a region riding on strong establishing infrastructure came up. The promise was such that developers wasted almost no time in acquiring huge land banks and launched projects. But as the time progressed, the region saw a steep dip in demand from 2010-12 and then picked up pace later in 2012 when the expressway got inaugurated on 9th August. Although, this impact was momentary as again the region is now witnessing a lack of demand. But, ray of hope is still there as the Master plan 2031 promises a huge scope of improvement and the news of Jewar airport is provoking the investors. The long term vision of the region looks great and promises better returns in coming days.

Speaking about the current layout and plans for the region, Rajesh Goyal, Vice President CREDAI-Western U.P. & MD, RG Group avers, “Yamuna Expressway has got zones divided for all kinds of infrastructural activities. Separate zones have been allotted for institutional development, affordable housing, industrialisation and specified areas for mixed land use projects. Both the central and state governments are playing their roles for this region. The state government has many link up plans for this area in the future and moreover, a lot many satellite towns can be developed along the stretch of this road once habitation reaches its optimum level. FNG corridor’s third phase link up with Yamuna Expressway will see more areas being opened up to infrastructure in the years to come.”

A history that promised

The 165 Kms long, 6-laned expressway was completed at a cost of Rs. 128.39 billion after a couple of years delay than the expected date. It connects Greater Noida to Agra, thus enhancing the realty prospects of the neighbouring regions ahead. “The primary purpose of this expressway was to reduce the travel time between Delhi and Agra and provide a better connectivity later. Such strong infrastructure in place meant that developers come up in a big manner. Initially, this feat was achieved but could not gain momentum as plans were not implemented on time. Although, talks are making rounds about Airpot coming up at Jewar along with metro connectivity in future which will bring the market back in a better manner”, states Deepak Kapoor, President CREDAI-Western U.P. & Director, Gulshan Homz.

Whenever a new development or an announcement happen, a pool of positive sentiments start floating that gives a sudden rise to demand. In case this demand is not met on time, the negative side of it becomes prominent. The moment this news of developing a roadway connecting Greater Noida to Agra came up, developers came out with lots of projects. Initially, the sales were very high but the infrastructure could not come up on time, as a result the demand took a tumble. “The infrastructure in the region could not cope up with the kind of supply realty sector provided. Investors began running away from the market as acceptance quotient got weak over time. Although, with more plans coming up to revamp the region and bring along better infrastructure, the demand for housing along Yamuna Expressway has off late started to pick up pace as investors are making a strong come back. The news of Jewar airport has come in as a catalyst that will lead to a positive impact on the demand in near future”, explains Ashok Gupta, CMD, Ajnara India Ltd.

“Yamuna Expressway is not a primary development, it is tertiary. It has the infrastructure ready around which real estate can build up. In fact, with huge land parcels available along the entire stretch of the expressway, development can be fast paced. The future is very bright for this area as can be judged by the push it is getting time and again. A lot many people have already invested in this region banking on it’s potential and growth it will see in the years to come. Massive scale developments are lined up in the area. Once the running projects are near completion and families start moving in, it will automatically generate a catchment area for future commercial establishments”, enlightens Manoj Gaur, President CREDAI-NCR & MD, Gaursons India Ltd. With over two dozen of developers offering over a hundred projects, there is already a lot of supply available in the region. The product variety is huge ranging from a 1/2/3/4/5BHK to penthouses, plots, villas, duplexes and much more. Prices are extremely competitive as the region is developing with a lot of work in pipeline. Average price in the region vary from Rs. 2,800 – Rs. 3,200 per sq. ft.

On the government front, there are lots of sectors being developed. Residential development is carried at Sectors 18, 20 and 22D, with Sector 13 being a mixed land use region. Affordable housing has also been promoted at Sector 22D with 22E coming up as an institutional sector. Sector 32 and 33 are being planned as industrial sectors with plans for LIG and HIG development in Sector 22D as well. Development plans for two power stations of 33KV are in place along with a multipurpose bhawan. Even PPP model is quickly gaining momentum with a lot more civic facilities to be made available soon. Thus, on the residential and infrastructure fronts, government and the concerned authority are working diligently to take this region to a next level. “The development of night safari, electronic manufacturing hub, IT zone is already in pipeline which is bound to generate employment in the region and boost the requirement of residential properties in the region. Presently, YEIDA has developed lower/middle income group residential schemes and private developers have also stepped in with various projects. It is expected that after 3-5 years, this area is likely to be connected by metro. This region has its own future and would definitely grow with good infrastructure and is expected to give good returns to the present property investor”, elucidates Ashwani Prakash, Executive Director, Paramount Group.

Speaking about the current real estate scenario and future prospects of Yamuna Expressway as a region, Vikas Sahani, CMD, Property Guru concludes, “At present, this region is witnessing a strong work by the authority towards the infrastructure front which will be the real game-changer for the realty sector of the region. Investors planning property purchase for long term, are most welcome, but the current scenario is not that good for the short term investors or even end users. Although, if Jewar airport and metro comes in vicinity, this will hugely benefit the region and its neighbours; which in the long run will shape Yamuna Expressway into a skyline of NCR realty.” 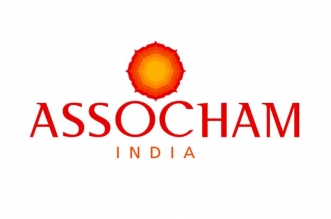